The ‘Elf on the Shelf’: A Therapists Guide

What is ‘Elf on the Shelf’?

The ‘Elf on the Shelf’ is a cute little Elf stuffy, sold seasonally, that you’re meant to bring home, name, and make a part of the family over the holiday season. It seems that the original heartwarming intent was to imbue a sense of the holidays and a feeling of family connectedness. Sharing the experience that is Mr. or Ms. Elf can contribute to the seasonal build-up of Christmas excitement. However, like many products intended to increase family engagement and connectedness, the ‘Elf on the Shelf can actually be used to create the opposite situation.

How can the ‘Elf’ impact my family?

As a family therapist, I have heard many stories about the Elf. Often, the little family Elf is simply given a name and placed on an elevated shelf in the child’s playroom or bedroom with the explanation “if you misbehave the Elf will tell Santa about it and you may go on the naughty list”.

First, lets be honest about what this really is – leveraging negative emotions to push for behaviour change. There are several important elements involved in this practice including:

If the people around a child consistently stoke these emotions and the child doesn’t have the capacity to cope, depression, anxiety, adolescent anger or oppositional defiance may be the result. This not to say that children shouldn’t or won’t feel guilt, fear, or shame. These are all part of the emotional landscape of healthy child development.  Many would argue that the purpose of these emotions, is to motivate the child to change problematic behaviours.

Having said that, if creating guilt, fear, or shame is the standard practice in parenting, or if having these emotions is an overly difficult experience for the child the result will likely be something parents don’t want, such as negative behaviours later on.

What does the research say?

For example, let’s say that your little sweetie is an angel up to Christmas because the tiny ‘Elf on the Shelf’ was watching. On the surface this would look like a success. However, what has actually happened is your child has been living in an environment where they feel they’re always being watched.  The behaviour is created from the fear of punishment (such as no Christmas presents). Therefore, it’s likely the good behaviours will be lost as soon as an enforcer is no longer watching.

We see this result in the child development research: strong attachment, liking, and respect lead to following the rules and, later on, what we would call ‘morality.’ While punishment, or fear of punishment and ‘a watchful eye’ more often results in temporarily following the rules. Including the possible understanding, on the child’s part, that when there is no one watching there will be no consequences for bad behavior.

Can I still use the ‘Elf on the Shelf’?

Yes! The best use of ‘Elf on the Shelf’ is to use the opportunity for family bonding. Create a narrative together – maybe that little Elfie is just going to hang out at the house while we all think of how we can get him/her back to the north pole (and how can we get them back there?!).

Christmas is a BIG deal for kids, a time filled with high hopes, and excited anticipation. Given this and the chaos of the season, keep it light when using little Elfie. Use the opportunity to simply connect. Whatever the kids think will be fun and will work for you is going to be great connection time.

In my next article, I will write about how we can facilitate attachment over the holidays, and what the long-term, and short-term strategies for doing so might look like. 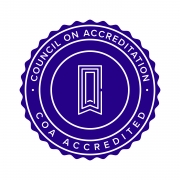 We acknowledge that our work takes place on the traditional and unceded lands of the Kwantlen, Katzie,  and Semiahmoo First Nations. As well, we acknowledge the Inuit and Metis Nations peoples who live and work on these lands.

Accessibility Focused Community Meeting Hosted by SPARC BC on the BC Framework...

Living With Anxiety: Tools from a Counselor
Scroll to top